Peter Tonguette has written about film, literature, and the arts for many publications, including The New York Times, The Wall Street Journal, The Weekly Standard, Sight & Sound, Film Comment, Cineaste, CineMontage, and The Times-Picayune.

Critic Scott Eyman called Tonguette "one of the most gifted of the younger generation of film scholars."

He is the author of the critically acclaimed books Orson Welles Remembered and The Films of James Bridges.

The Los Angeles Times described The Films of James Bridges as "the first substantive book on the Oscar-nominated writer/director." The book was called "groundbreaking" (Sight & Sound) and "scrupulously researched, elegantly written" (Dave Kehr).

Tonguette's previous book, Orson Welles Remembered, was praised as "resolutely fascinating" (The Palm Beach Post), and critic Jonathan Rosenbaum described Tonguette as "the most vigorous and painstaking of the younger Welles scholars." 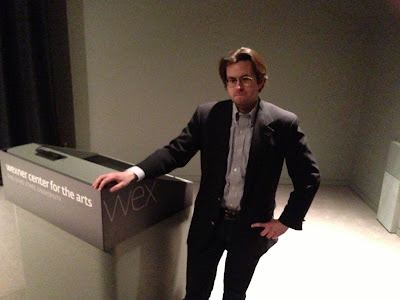 Peter Tonguette following a screening of The Sting, which he introduced at the Wexner Center for the Arts in Dec. 2012. (Photo: David Filipi.)
Posted by Peter Tonguette at 4:28 AM 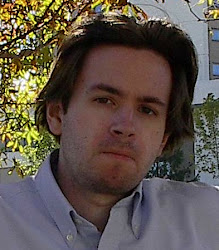